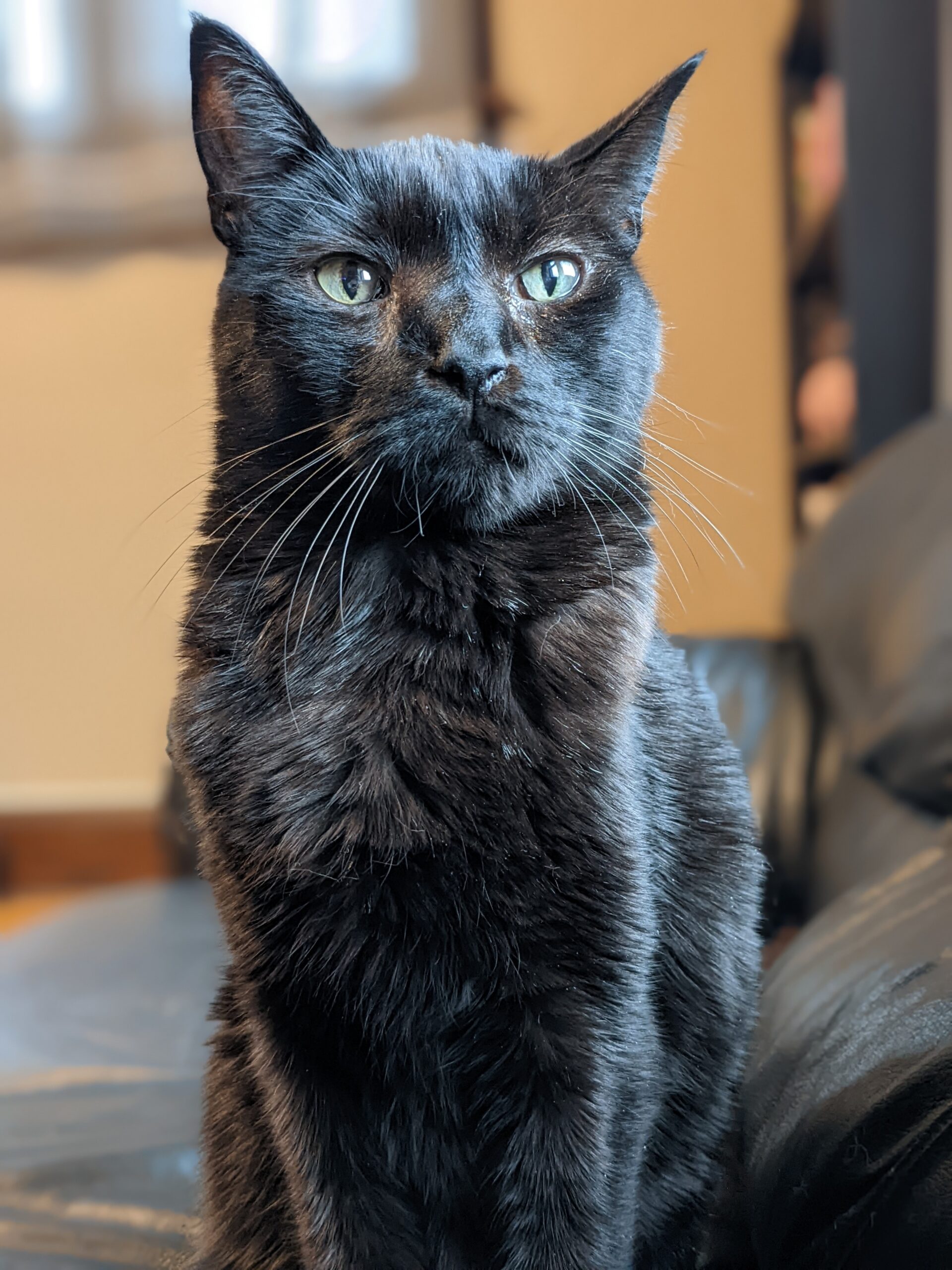 Luci passed away unexpectedly at age 7 on September 1st, 2022. He is survived by his stepbrother Wiley, 18, and his parents, James & Rhiannon. While he lived with his family for an unfairly short time (10 months), he loved every minute he had with them.

Originally named Puma, the minute his parents saw his remarkably long tail (13”) they knew he was a furry little devil. James cleverly picked the name after a cat-like character in the TV show Disenchantment. While it was technically short for Lucifer, he was always Luci to his family. Or Luci Goosey, Loose on the Goose, Lucille Ball, Luci Liu, etc.

Luci will be remembered for his numerous quirks. Among them were his bowed legs (all four of them) that made him trot like a horse, his pronounced collarbone that made him look snooty, his tendency for prolonged eye contact, his love for all things as black as him, his excessively long and double jointed tail, his love of shoulder rides, his habit of falling off the couch while he slept, and his tendency for finding a new sleeping spot every two weeks (most notably underneath the TV stand and on the lowest level of a bookshelf).

He was a beautiful, rambunctious, sweet, and hilarious cat. Even when he tripped them in the kitchen, snagged his claw in their knitted sweaters, and threw up on their laps — his parents loved him and will miss him very much.