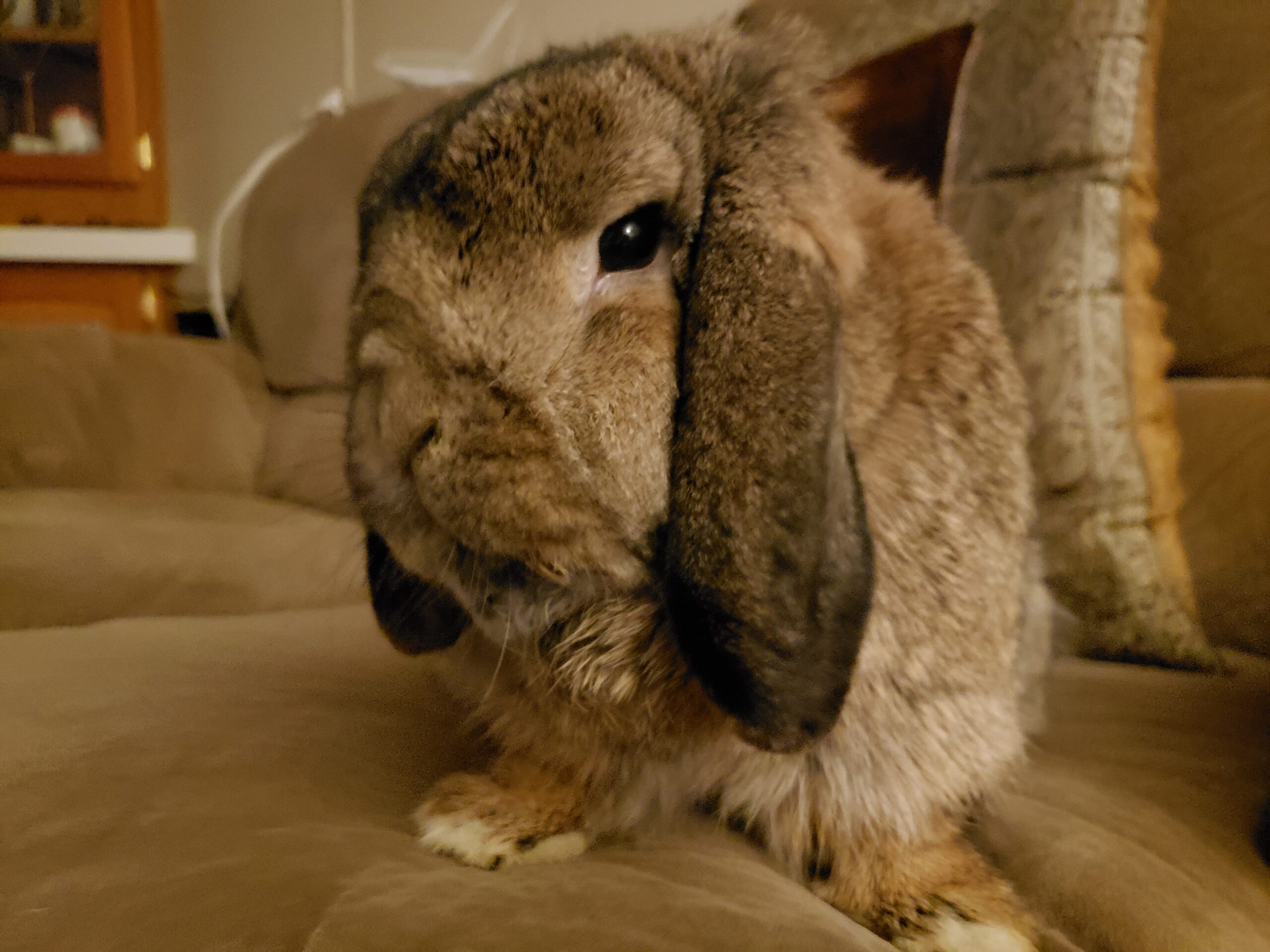 Sumo was the best bun. He might not have been the brightest, but what he lacked in intelligence he made up for with love and a peaceful spirit. Sumo, we love you so much and although we miss you, we rejoice that your body is no longer suffering and causing you pain. Rest easy, little guy.

Sumo came into our lives in May 19, 2018. We were engaged, and I had lost my first and soul-mate bun a couple of months ago. We had looked long and hard to find the perfect fit, and drove up to meet a bonded pair of rabbits. When this rescue told us no because we didn’t live close enough to them, we were devastated. We were so tired of being without a bun, so we drove to the nearest Humane Society and paid $5 to put Sumo on hold for us (named Mr. Bill at the time), and brought him home at the end of the day. He might not have been our first choice, but turns out he was just what we needed.

Sumo didn’t really get along with our other household rabbit so they lived separate lives, but he was so loving towards us and even made friends with our cat. He would make little honking noises and run towards us, and wherever we went in the house he would follow. He was an expert crumb-hunter and would eat anything and everything, especially things rabbits weren’t supposed to – he would find chip and bread crumbs, and especially loved chewing cords and even ate a red rubber button off of both my laptop and the video game controllers. He was a dumb but gentle giant, hence how he earned his name – Sumo, which fit him perfectly. He was always there to sit next to us quietly, beg for food, jump on the couch or bed to sit by us, or come running over to beg for head scratches.

Sumo was healthy the whole time we had him and nothing could come between him and his love of food. One day, he had some eye discharge and facial swelling, so after a couple of days we took him into my vet clinic where I worked. Antibiotics, pain meds, and eye drops didn’t help so when the exotic specialist had an opening we took him in immediately. It was worse than we thought – he was going septic and spent a scary night in the ICU, but he pulled through and got better each day. He had facial abscesses and when he was stable enough after many weeks of care at home, he was ready for surgery. We celebrated the night before surgery by making him a party hat and making him the biggest salad ever, which he loved and was one of our favorite memories with him. He made it through surgery amazingly and was getting better and better. He was even back to jumping on the couch to steal our food again. But one day, he was a bit quiet and then passed overnight unexpectedly. We were devastated. He had survived sepsis in the beginning, but his necropsy showed that it won in the end despite the fact that we had done everything we could for him. We missed him so much, and his passing was so sudden. While initially we felt so much guilt and sadness, now it is our hope that he can rest in peace in a new creation with a new body. I hope he met our other passed buns, Humphrey and Rosy, and that they let him know it’s okay. He is survived here by his frienemy, Hepzibun Sprout, and his kitty friend, Groucho Marx.

Through sadness, we have hope. 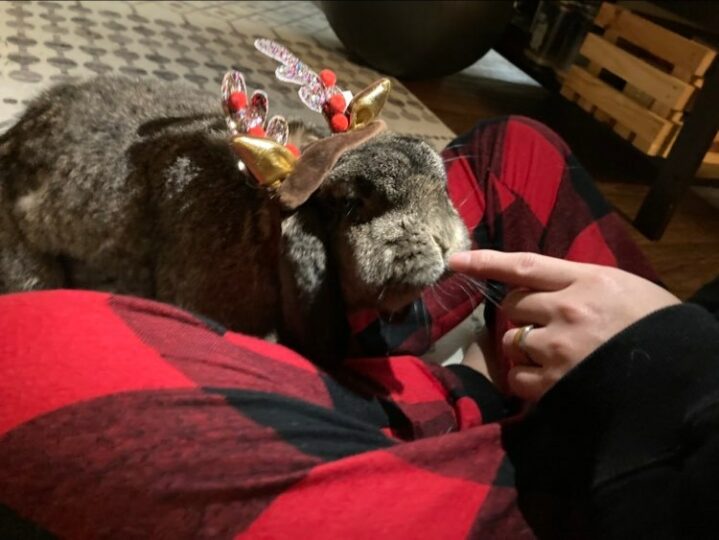 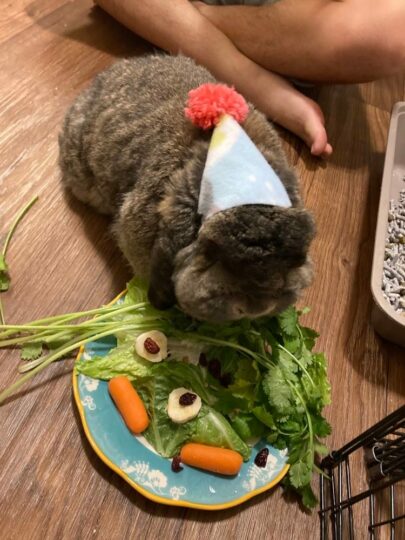 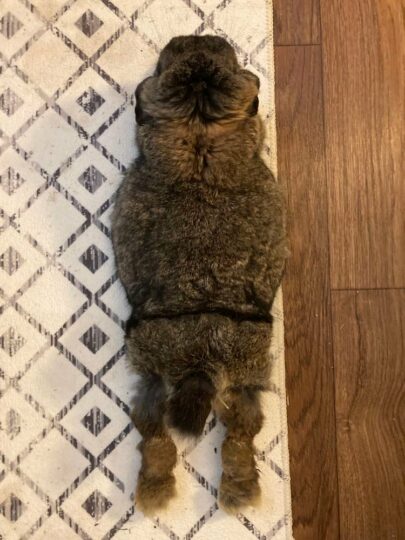 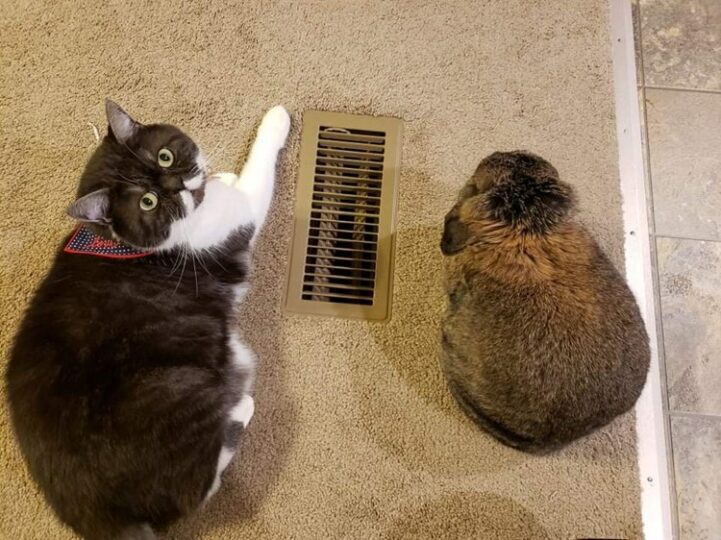 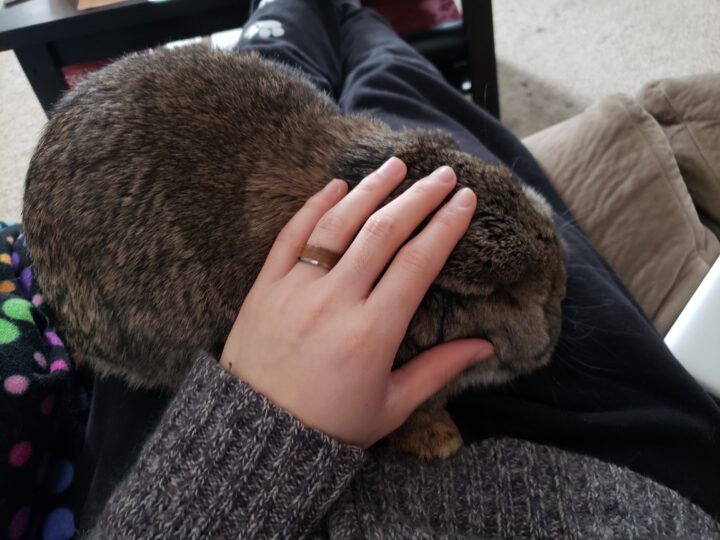 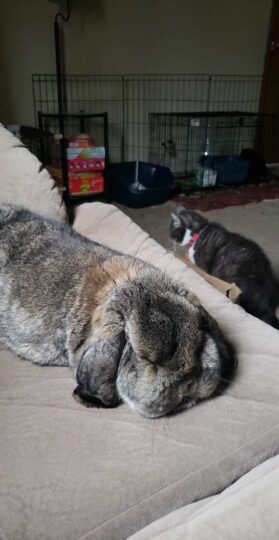